Pictures of the Ethiopian AR2 MRLs 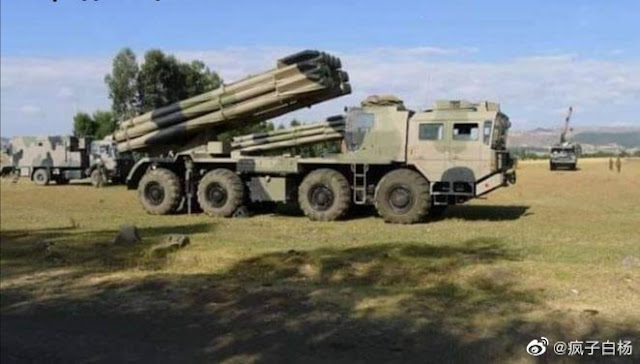 The PHL-03, also referred to as the Type 03, multiple launch rocket system is a Chinese version of a Soviet BM-30 Smerch. It was developed by NORINCO and reportedly entered service with the Chinese army in 2004-2005. Currently, it is one of the most powerful multiple-launch artillery rocket systems in the world. The PHL-03 is also being proposed for the export customers as the AR2. 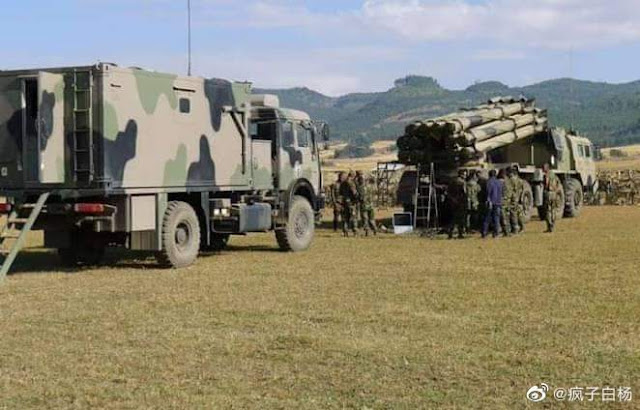 The PHL-03 retains the original Russian configuration with 12 launch tubes for 300 mm artillery rockets. A standard rocket weighs around 800 kg and has a 280 kg warhead. The maximum range of fire is 70-130 km depending on the warhead type. Rockets are available with High Explosive Fragmentation (HE-FRAG), fuel-air explosive, and cluster warheads with anti-armor and anti-personnel submunitions. Cluster warheads may also carry self-targeting anti-tank munitions. A full salvo of this system could potentially cover an area of up to 67 hectares.
Even though the PHL-03 is a Chinese version of the Smerch, it appears that the Chinese overtook Russians in terms of rockets, as rockets of the PHL-03 have a longer range than those of the Smerch. Manufacturers claim that Chinese 300 mm rockets are not compatible with the Russian Smerch rockets as these use different propellant motors and components. This artillery rocket system has a digital fire control system. The PHL-03 is operated by a crew of 4.
The PHL-03 is mounted on a Wanshan WS2400 special 8x8 chassis. The reloading vehicle is based on the same 8x8 chassis and is fitted with a hydraulic crane. It carries 12 rockets. 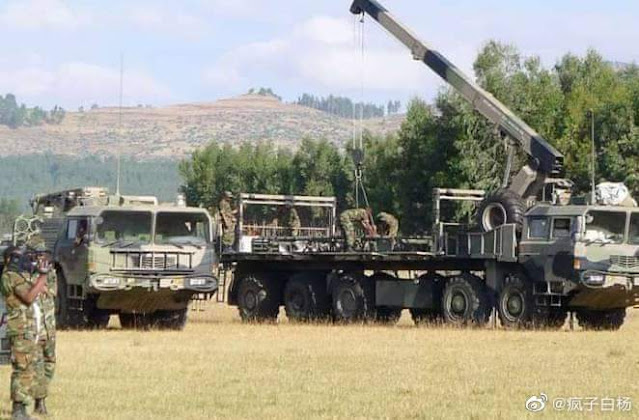 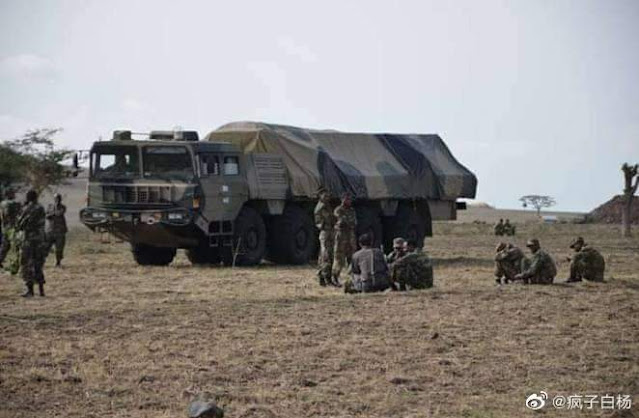 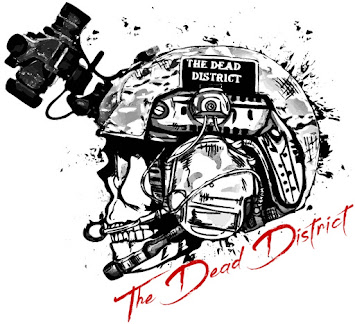